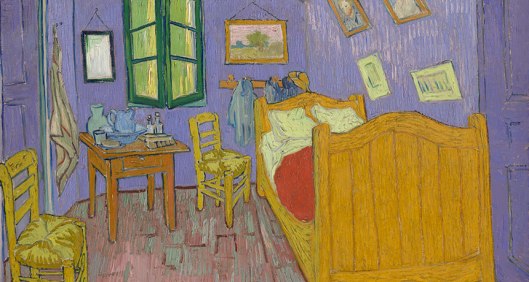 The Art Institute of Chicago conducted a number of tests to reveal the pigments Vincent Van Gogh used in his famous “the bedroom” paintings, and found out that the walls were meant to be purple with a reddish floor.  When you look at the “recolored” painting Van Gogh’s contrast technique is more pronounced, surprisingly making the painting even more beautiful. Read more: The walls in Van Gogh’s iconic ‘The Bedroom’ 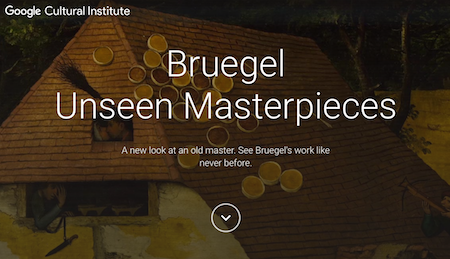 The Google Cultural Institute has put together an online exhibition of unseen works of Brueghel the Elder, with ‘gigapixel’ images. The magnification is extraordinary: Bruegel Unseen Masterpieces 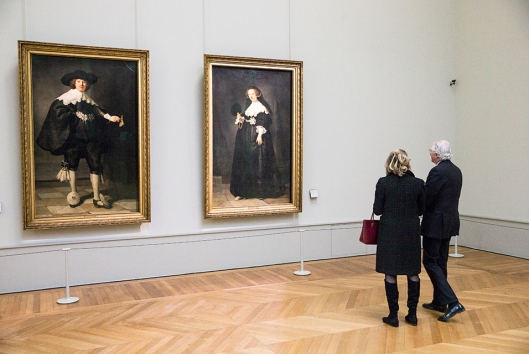 Rembrandt portraits (or Maerten Soolmans and his wife, Coppit) bought jointly by the Dutch and French governments have gone on display at the Louvre. The President of France and the Dutch King and Queen were there to see them. The pictures will be at the Louvre for three months, then the Rijksmuseum for three months, before a period in conservation. Then the rotation will be every 5 years, and later rising to a period of 8 years. The pictures cannot be loaned to any other institution. Read more: President Francois Hollande, Dutch royals view jointly purchased Rembrandts 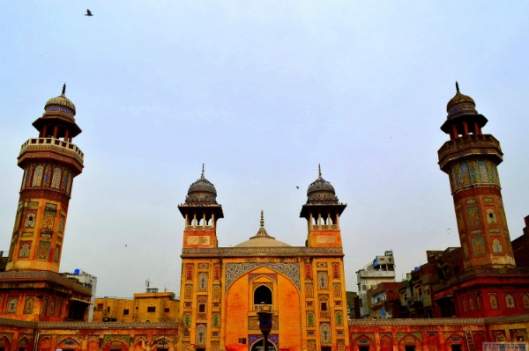 And the world is becoming warmer and more artistic…

The Lahore Biennale Foundation (LBF) has announced that the inaugural edition of Pakistan’s first art Biennale will take place in 2017; in this first edition they are planning to engage directly with the city, expand the production and presentation of art beyond the traditional gallery context, exploring “art’s power as an instrument of social change.”

Art has a gentle way to unite races, transmit hope and empower by beauty. Read More: ArtsBeat – New York Times Blog Search ArtsBeat SEARCH Pakistan to Host a Biennale of Its Own 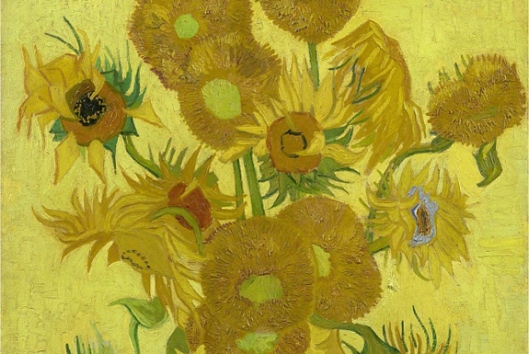 Van Gogh Museum are considering cleaning their version of the Sunflowers. Martin, himself a well-respected Van Gogh scholar, tells us:

A key question that is being examined is whether the varnish of the Amsterdam painting could safely be removed. Van Gogh did not varnish his pictures, preferring a matt finish, and this coating was probably added in 1927, to help protect the surface. The varnish has aged since then, leaving a brownish tinge and dulling Van Gogh’s sparkling colours.

A further problem causing concern is the deterioration of Van Gogh’s chrome yellow pigments, which have darkened and become slightly greenish-brown. This is due to a photochemical reaction that takes place when chrome yellows are exposed to light. The effect on the Amsterdam picture is to make the flowers appear flatter than originally intended. Later tiny retouchings, also probably added in 1927, now appear more orange than Van Gogh’s original ochre-looking flowers. These retouches probably reflect the colour that was present nearly 90 years ago, revealing how the picture has changed since then. 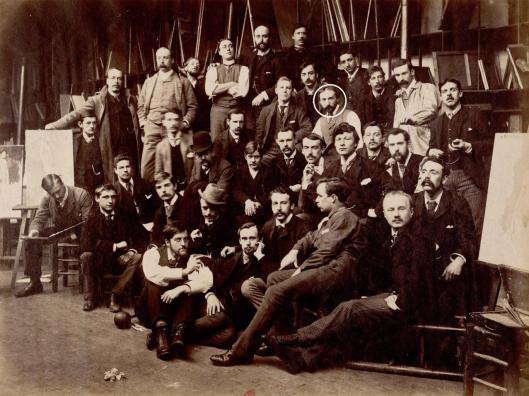 Italian art historian Antonio De Robertis claims to have identified Van Gogh in a photograph taken at Paris’s Académie Julian in early 1888. De Robertis proclaims: “We have found what is the only photo in existence of Van Gogh as an adult. Until now, we have only seen photos of him at 13-years-old and then one when he was 19.” Read More: Only photo of the artist as an adult

If you (like me) are planning on walking from The Met to Breuer  here is a new John Luther Adams’ song to keep you company: Soundwalk 9:09. The song is called 9:09 which is the time (approximately) that will take for you to reach your destination.  The composer had been commissioned by Met Live Arts to make Met Breuer’s grand opening even more special. What can I say… they have thought about everything!

Sometimes with humble beginnings, sometimes confusing ones, sometimes colorful and vibrate, this new Met Breuer’s exhibition called “Unfinished: Thoughts Left Visible” brings it all; the first strokes deflowering the canvas, the inception of the creation, the artist’s method to achieve plenitude… This process has always been fascinating, and now with their unfinished work being exposed it gives us the opportunity to become co-creators and to meet the artists in a personal level.

The Metropolitan Museum of Art has (in my opinion) the best website of all museums, and now it is expending to social media. I just finished watching a live talk on Facebook where they  walked us through works of “Nasreen Mohamedi,” one of many exhibitions coming up at Met Breuer Museum opening on March 18th, and we were able to interact with the curator.  Here is a video: “Nasreen Mohamedi” at The Met Breuer

I absolute love this new charity champagne add by Christie’s where they photoshopped version of Noel Halle’s Hippomenes and Atalanta with running garments.  Clever and funny! More: Old Masters run to beat cancer